Our committee is made up entirely of volunteer parents who give up their scarce free time to help run our club for the benefit of us all.

If you need to contact any of them please remember that we are not a faceless company and that the club is able to exist and function due to the good will of the mums and dads of the swimmers in the pool.

As somebody who almost drowned after falling into a pool as a child, I have always put swimming at the forefront of our family’s priorities. I took each of my children to parent-baby swimming from the age of 10 weeks old and we haven’t looked back since. I’ve been involved with Ojays since my eldest daughter initially joined tadpoles in 2012 and now all three of my children swim in different squads which often keeps me pool-side more than most. I am actively involved in many of the volunteering roles and you will often see me acting as a J2 official, or managing swimmers as a TM2 qualified team manager or doing Gala IT for the club. As an IT Director in the media industry, my IT skills have played an important role in enabling the club to operate efficiently and I am also responsible for our club management software Team Unify. I’ve been an active member of the committee for a number of years and as someone who has always taken a proactive role in the running of the club, the transition to Chairman was a logical step. As I am down at the pool most days sitting in the gallery, please do not hesitate to come and speak to me if you have any queries. 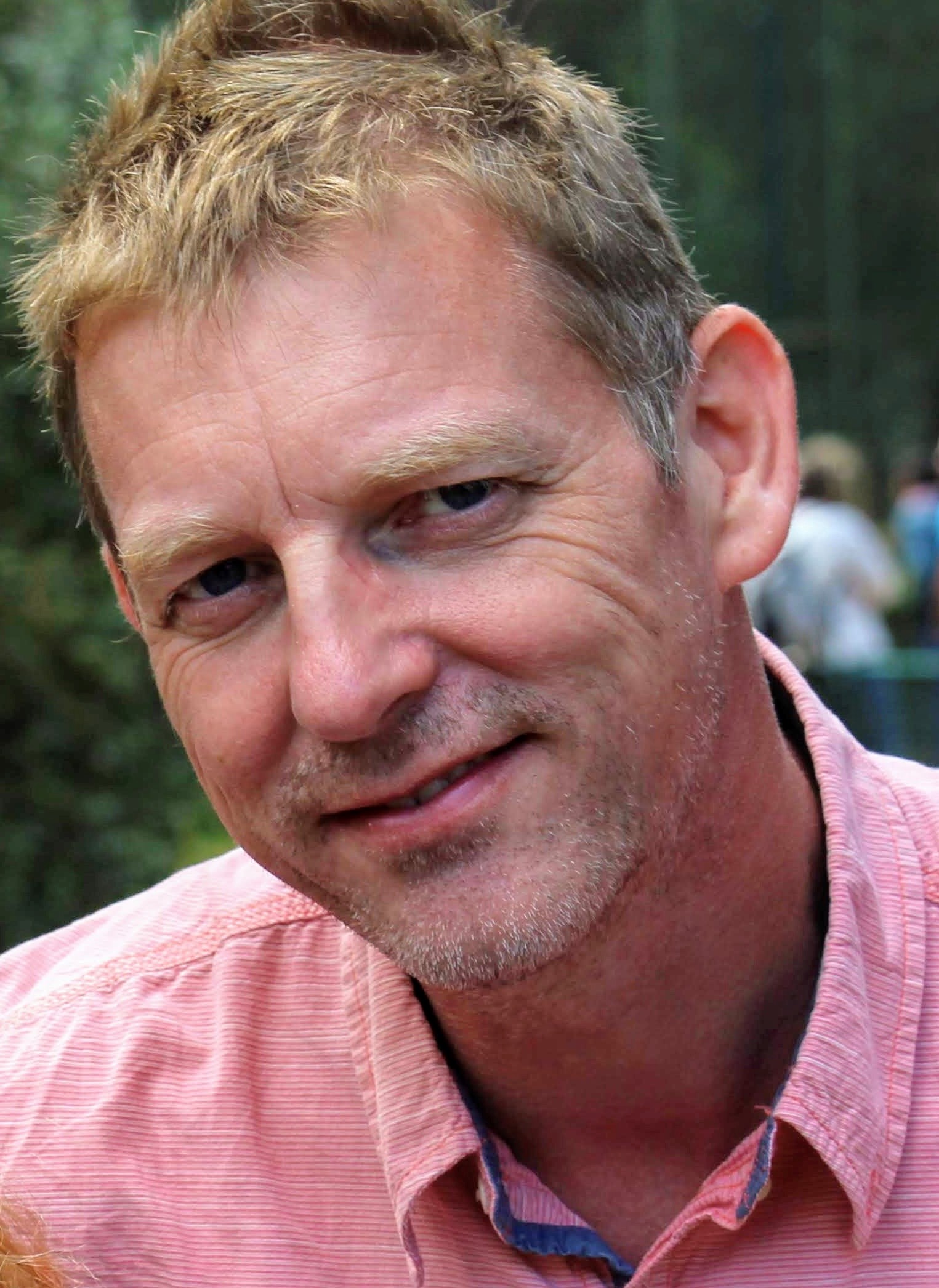 As Club Secretary I am responsible for arranging monthly Committee meetings and writing minutes for approval by the Chair, arranging the annual AGM and election of Club officers. There are a number of additional administrative roles which I also cover, such as, arranging the licensing required for Club Championship and our Open, gatekeeper of the Club Constitution and insurance certificates, involved in any club contractual matters and liaison with the Club Coaches. I became a swimming Mum when my daughter joined Orpington Ojays in 2013. She has progressed through the squads, competing at opens and representing the club at team events and has now moved into Top Squad. When the ASA introduced a license for club championships, the club needed qualified officials and so began my second career as an Official. I am a qualified J1 and nearing the end of my J2 training. I coordinate the recruitment and training of new officials so as to ensure the succession of the club at all competition levels which is crucial to the clubs that continued development. It is a requirement of the ASA and the Promoters of Open, Kent, Regional and Arena Event that we are able to send a minimum of two officials per session per competition, without this we would be unable to enter any swimmers in these events. Be aware, I am relentless and will continue to seek out new trainees for the benefit of our club and our swimmers. I am also involved in organising and running (when it is our turn to host) the Kent Junior and Tudor Leagues, so if your swimmer is regularly asked to represent the club we will find a role for you and welcome you into the family. We really are a wonderful team of swimming parents who pull together for the sake of our children and their swimming careers. You all qualify and belong to this elite group. I have just organised the 2019 Spain winter training camp for 31 swimmers, 3 coaches and 2 chaperones; pictures and videos are available to view on the Ojays Twitter, please have a look, it could be your swimmer on the 2021 camp! Winter Training Camp is an intensive week of daily double training session in a 50m pool combined with land training sessions as well. Relentless, usually abroad and outdoor as well as land training sessions. Suntanned and exhausted both swimmers and adults upon their return! If you want to know more about my role or would like to consider becoming an Official, I can be found on poolside whenever Top Squad train, at all club championships, most open meets and at some team events. 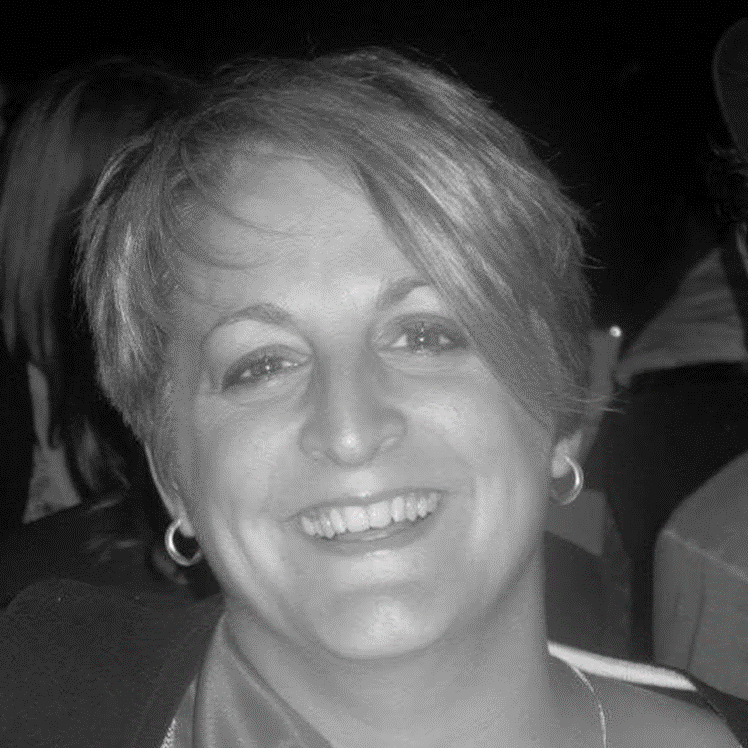 Swimming has always been important to me and both of my children learned to swim from a young age. My life as a swim parent began in 2016 when my daughter Charlotte joined Ojays. As she progressed through the squads, she now swims in Top squad, and started regularly competing in open competitions and representing the club at league events it became obvious that swimming was a permanent part of our lives. I started to think I should become more involved with the club and volunteering. In 2020 I became a qualified J1 official, and then in 2021 I joined the committee as an ordinary member. I have now progressed to being competitions secretary and have further progressed my volunteering roles in 2022 to become a qualified J2 official and a Team manager. I have also undertaken a Swim England CPD course in mentoring officials. You will often find me poolside while Top squad swim, at Open events and League events as either official or team manger, and at Club competitions. 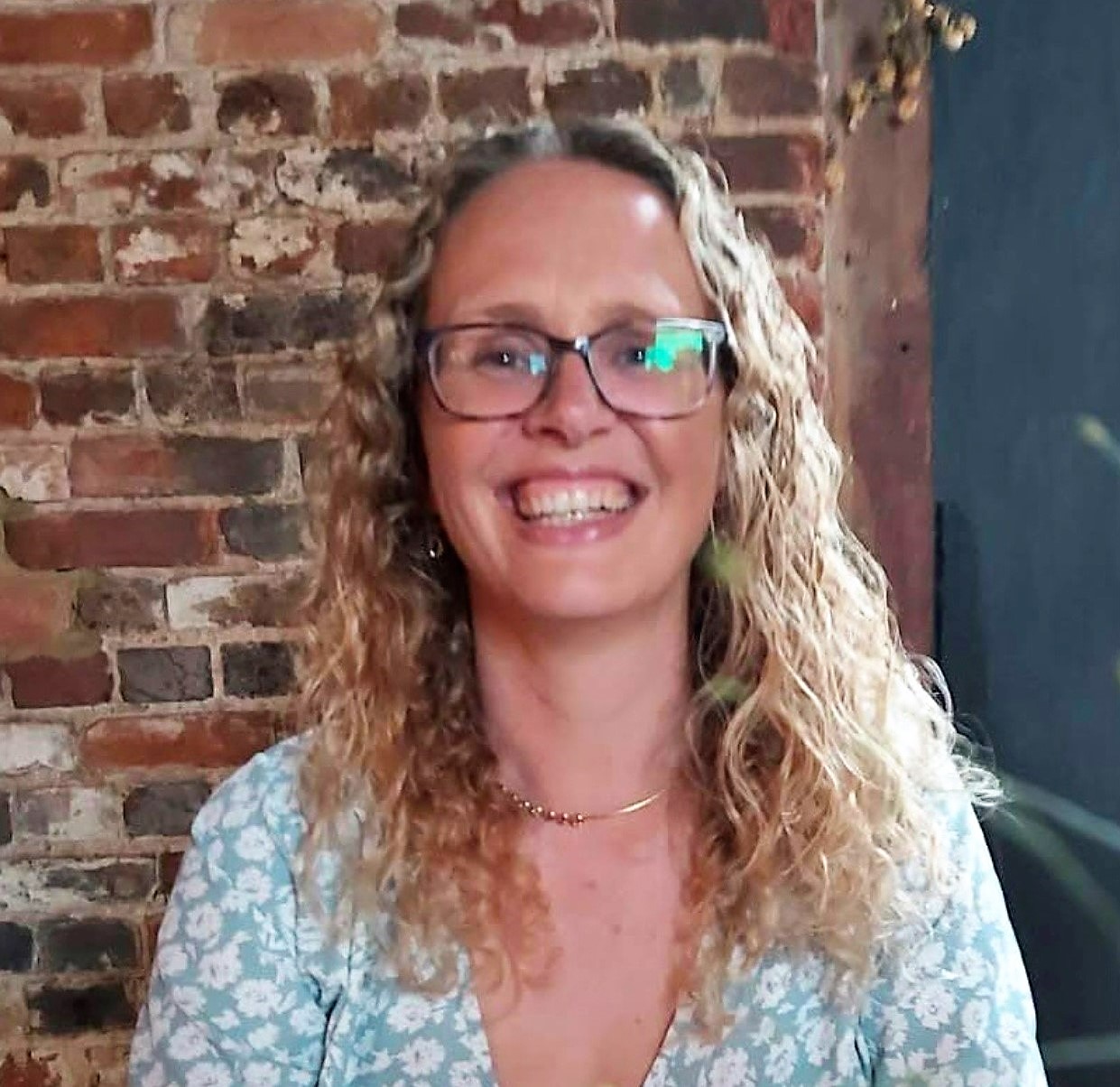 As Membership Secretary I'm responsible for maintaining the club members records including SwimEngland membership, TeamUnify records and ensuring payments are up to date. I liaise with parents and swimmers regarding club matters such as trials and squad moves, and I am the first point of contact for enquiries to the club. I deal with all levels in the club from our Learn to Swim School at Warren Road, Tadpoles and all squad levels including our active Masters squad. If there's anything I can't answer then rest assured I'll be engaging the right people in the background. I've been a member of the Masters Squad since 2009 and have two children in Tadpoles currently! I'm looking forward to when I may have a swimmer in the competitive squad and will be a qualified Timekeeper soon. Whilst most of you probably won't see me around I try to be fairly responsive to emails so any queries or notifications are dealt with in a timely manner. 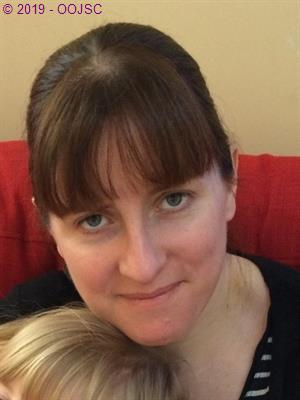 My own swimming journey started in the Walnuts training pool 40 years ago with me achieving my 5 metres badge. I can still remember my dad cheering me on and the elation I felt for making the distance. A few months later my swimming career peaked with me just about getting my 25 metre badge in the main pool. If I’m honest I do recall holding on to the side on several occasions and needing to switch to backstroke halfway through, otherwise I wouldn’t have made it. There have subsequently been many occasions when I wished I had tried harder and been a more proficient swimmer, so it is fantastic to see all the Ojays swimming so well with such commitment and enjoyment. My daughter joined Ojays in 2019 and has shown significantly more aptitude and dedication than I ever did, and is now in Platinum Squad. She loves attending the training sessions and has a great group of friends there. As a seasoned swim parent, my involvement has grown and I am looking forward to many more years with the Ojays. 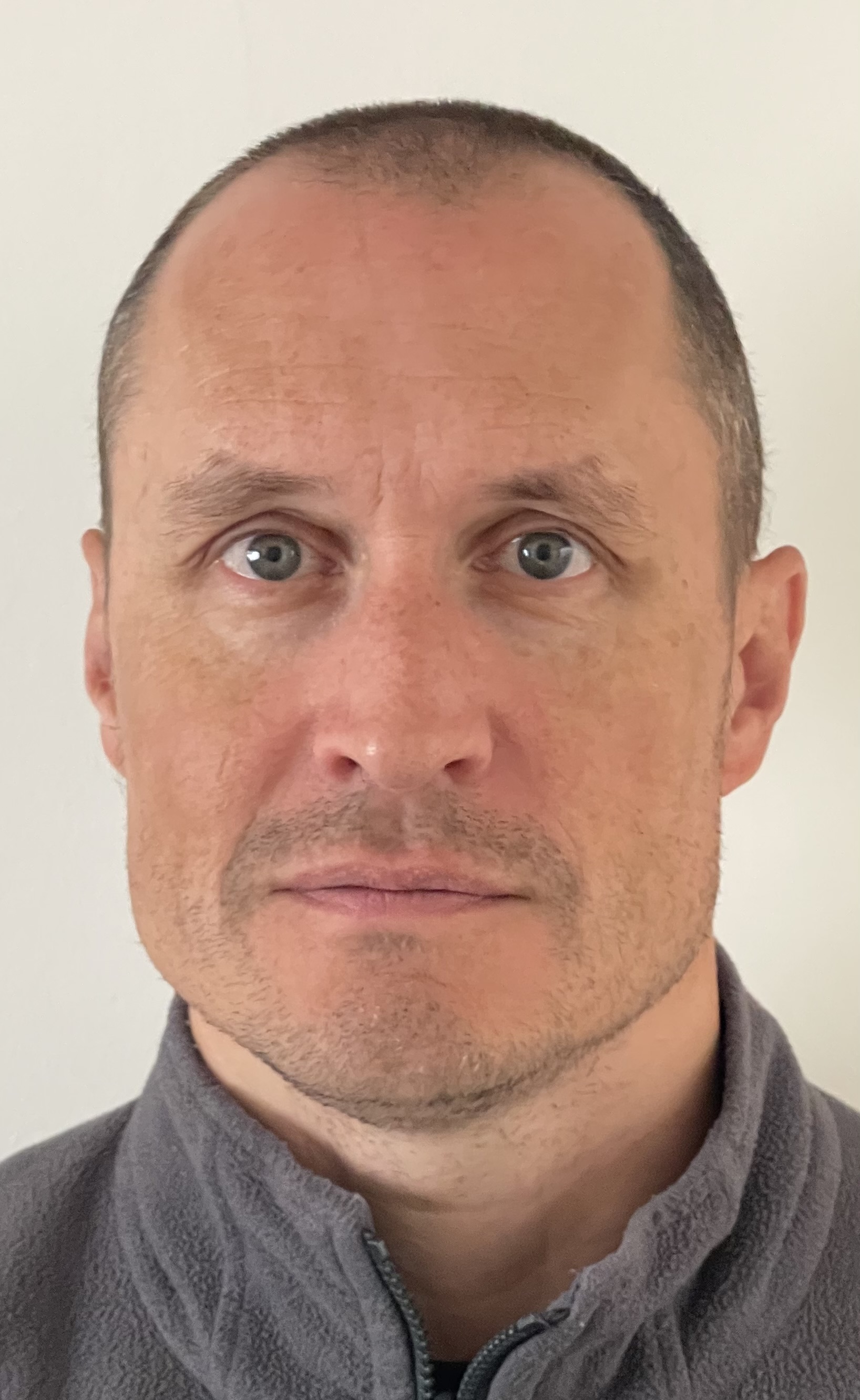 I recently rejoined the Ojays committee having spent a short while on it back in 2013 when my children first joined Ojays. I’ve always loved the water and learnt to swim as a child but didn’t have the opportunity to swim with a club; after a few years spectating from the side I undertook some coaching which now enables me to swim with Masters as well as open water lake swimming. As a family we enjoyed regular lake swims over the summer of 2020 whilst patiently waiting for pools to reopen…. Over the last few years I’ve taken the necessary courses and training to become a TM2 which finds me poolside at the many galas and league events we attend as a club. Whilst these can be hot and hectic, there’s always a buzz of excitement among the swimmers and spectators! I embarked on a new career back in 2016 which led me to become a qualified driving instructor, it always makes me immensely proud when pupils pass their tests so it’s even more of a pleasure when those pupils are Orpington Ojays swimmers. 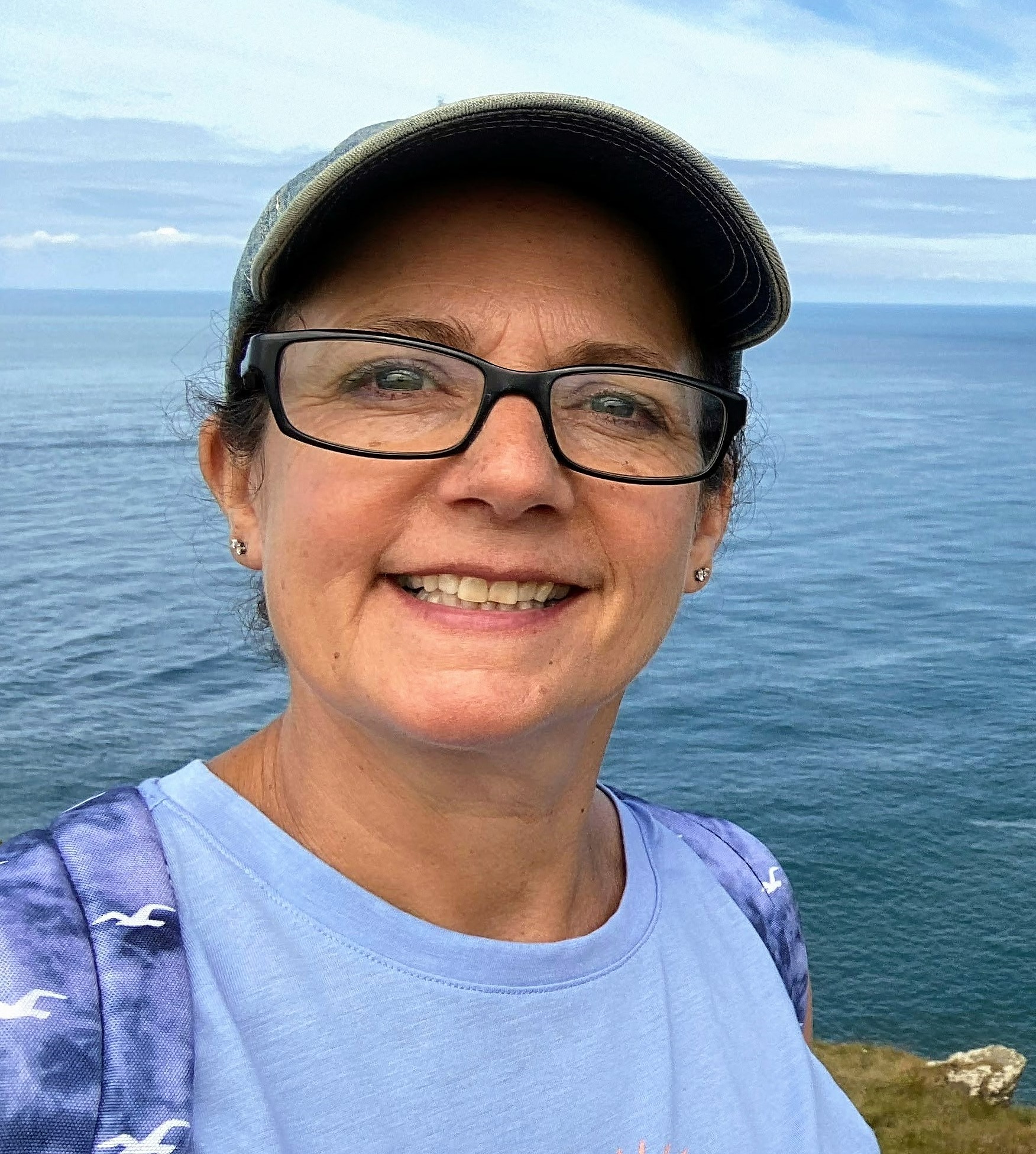 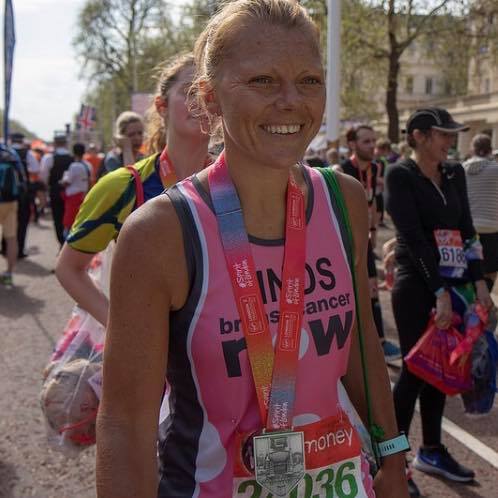 My life as a ‘swim dad’ began in 2016 when my son Sam joined Ojays. He has progressed through the squads and now swims with top squad and as his commitment has grown, so has mine! When Sam started swimming, I became increasingly involved with the club, helping out where I could. I first joined the committee as an ordinary member and then held the positions of open secretary and Chair. As Sam’s swimming career progresses, so does my responsibility. I am the Treasurer for Ojays and I’m immensely proud to be on the committee. We have a fantastic ‘family’ feel at Ojays and I’m certain we have some very exciting time ahead. As I’m usually found at the pool, please feel free to come and have a chat – the committee are always happy to help! 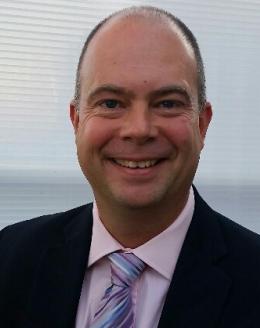 My role involves supporting and liaising with our Head Coach, but I also purchase and sort out medals for galas throughout the year. The busiest time is around our Club Champs and Presentation evening. We have to collect the trophies in, find out who the coaches decide will be awarded them for the following year and then get everything engraved and polished for the swimmers. I’m also a Team manager for our league galas and I am often seen marshalling the swimmers at other events. I was a member of Orpington Swimming Club many years ago and swam until the age of 16. Now I'm a social swimmer with Masters. My 3 children, who all started as youngsters at the club, have worked their way through the squads, 2 are dual members whilst at university and the youngest is in Top Squad. 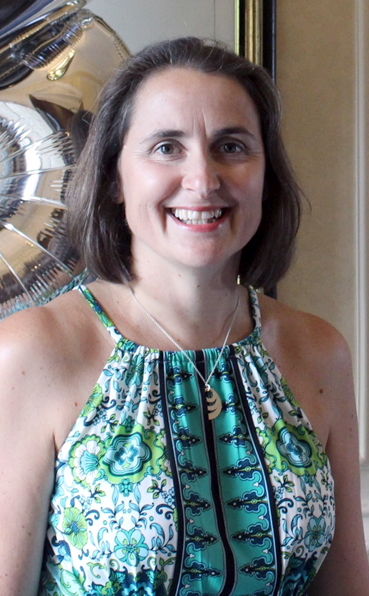 My name is Wendy, but most of you probably know me as Max and Eve Peels mum. I am a T.A. at St Mary Cray Primary School.I have worked with children for 24 years and have a wealth of experience working with safeguarding concerns. I have been a member of Orpington Ojays since my son, Max, joined bronze squad in 2011. I am here for any of you if you feel you have concerns relating to one of the children or adults belonging to the club. I am contactable via the club’s welfare email address and I will endeavour to reply to you before the end of the day. If you see me and have any issues to raise, please come and talk to me. 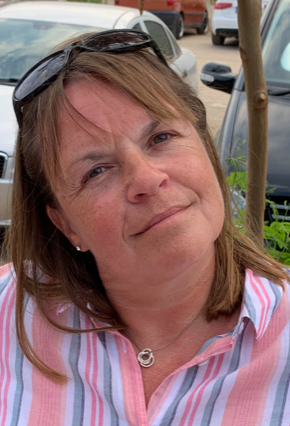